A Spirit merchants licence was granted to the firm of Peel, Newman & Co, 29 O’Connell Street, Sydney in November 1895.  Over the next year or so they advertised their “Waratah Brand” Wine in The Catholic Press (Below is an example from 7th December 1895).

Over the ensuing years there are only brief mentions of Peel, Newman & Co and/or their Waratah Wine. At least one of the partners must have had an involvement with Pigeon shooting as they donated prizes to the New South Wales and Brighton Gun Clubs for this activity. They gain a brief mention in at least one wine show as gaining a prize, and in 1897/8, Waratah wine (Claret and Hock) is being sold via W. MacPherson’s bottle department at the Barley Mow Hotel (as advertised in The Catholic Press and the Illawarra Mercury). The partnership was not to be long lived however and on the 9th December 1898 The Sydney Morning Herald published the following Public Notice:

Notice is hereby given that the PARTNERSHIP hitherto existing between the undersigned, THOMAS PARK PEEL and CLAUDE EDWARD LUSCOMBE NEWMAN, under the name or style of Peel, Newman, and Co., at No. 29 O’Connell-street, Sydney, in the trade or business of Wine and Spirit Merchants, has this day been DISSOLVED by mutual consent. The said THOMAS PARK PEEL will pay all the debts and liabilities due by, and receive all the debts due to, the said late firm.

With reference to the above notice, I have this day taken Mr. JAMES BOWEN PAIN into Partnership, and the business will from henceforth be carried on at the same address, under the name, style, or firm of PEEL, PAIN, and CO.
Dated this fifth day of December, 1898.
T P. PEEL.

The company did indeed continue as Peel, Pain and Co., and there are some advertisements mentioning the Waratah Wine brand continuing but as yet no sign beyond about 1901. Something for a bit further study.

The bottle it should be mentioned is extremely rare. The example pictured is the only one currently known to bottle collectors but perhaps there is a bottle or two lying in a forgotten cellar somewhere? There is no mention in any of the advertising as to the origin of the wine itself. The Hunter Valley is the likely source but there were significant vineyards elsewhere in New South Wales that could also have been providers. 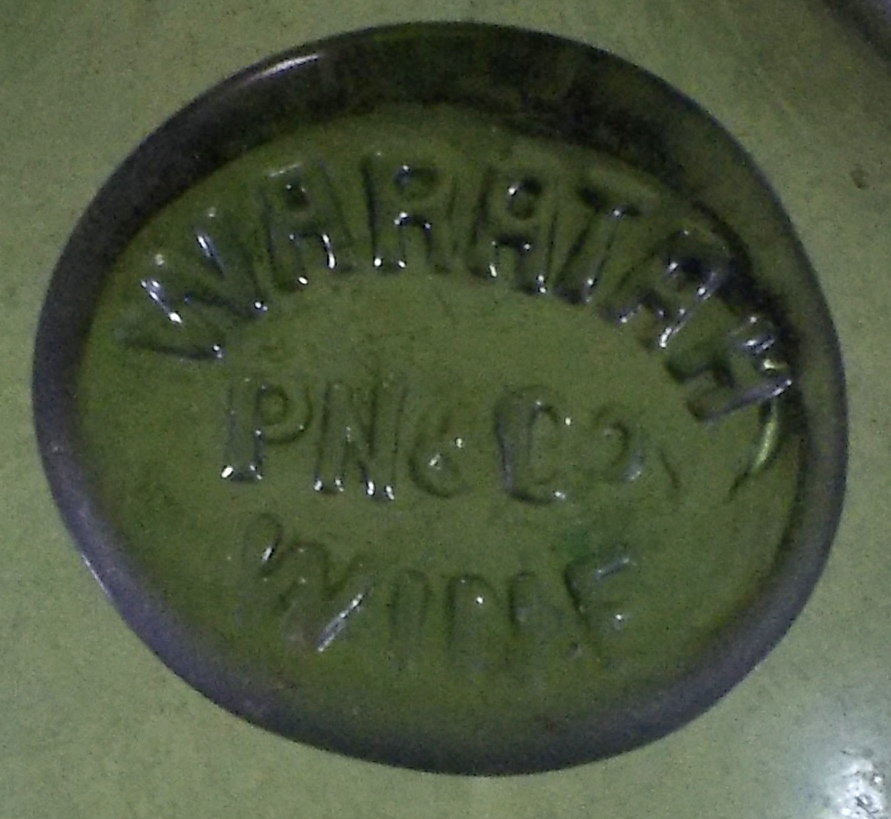